All You Need to Know About Your E-Liquid 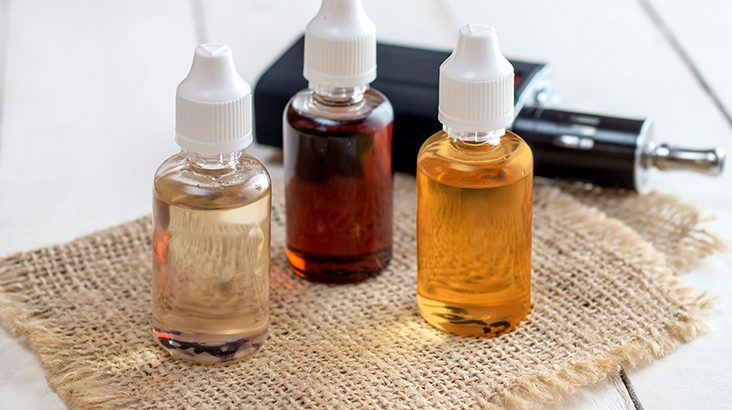 You’ve just started vaping, tried a couple of different flavours but quite like the idea of mixing your own e-liquid but a little confused by terms like shortfill and shots, you want to know more about the what’s, why’s and Wherefores of the liquid that’s going through your vape pen or pod. Let’s see if we can address that and give you a good standard of knowledge when it comes to the e-liquid world.

Both Propylene Glycol and Vegetable Glycerin are food additives used in many different products such as shampoo and toothpaste; the Nicotine element is typically extracted in professional labs, the final component is food-grade flavourings. The strength of e-liquid generally refers to the nicotine content, but the levels of both PG and VG can also differ in quantities to create liquids that are more suitable for a particular type of vaping.

Of the two main ingredients, VG has a thick consistency that can give larger vapour clouds when used, while PG is a lot thinner and produces a better flavour. Most e-liquids used by the vaper just starting vaping are mixed to a 50/50 VG/PG ratio, which gives a good even vape. Higher-level VG e-liquids are available at 70/30, and 80/20 which are suitable for higher-end vape devices; use a sub-ohm coil (more on this later) to burn the thicker liquid for larger clouds of vapour. The nicotine strength of e-liquid can vary from manufacturer, but they generally start at the lower level of 3mg or 6mg through middling 10mg or 12mg to the high strength 18mg or 20mg.

Mixing Your Own – Shortfill, Shots & Salts

While there is a literally endless amount of ready mixed e-liquids, some vapers progress to mixing their own vape juice to get their perfect blend suited to their way of vaping. E-liquid with no nicotine content is called Shortfill, and the nicotine element is referred to as the Shot. It’s relatively simple to process using some basic utensils to mix the shortfill and the shot to create one’s own special brew of vape juice. There are two types of nicotine available, normal or freebase nicotine and nicotine salt or nic salt; nic salts are increasingly popular to mix with the shortfill as they give a smoother vape when burnt. It’s really down to each vaper to find their preference.

The Different Types of Vaping

As a vaper progresses on their journey, they generally start as what’s called Mouth-To-Lung or MTL vaper; this is because it is very similar to smoking cigarettes which they may have just given up. As they progress, some wish to have more extraordinary vapour clouds, so move onto more involved vape devices such as vape mod and the Direct-To-Lung or DTL style, which draws the vapour directly into the lungs. MTL devices such as a vape pen use a plus ohm coil, while DTL devices use a sub-ohm coil and a high VG e-liquid to burn for longer, creating those vast clouds.

I hope this short article has given you some valuable information, and you’ve now got the means to become a vaping mixologist; the possibilities are endless!